Climbing in the ADK or it’s all fun and games until someone loses an eye or in my case a contact….

Of the Adirondack 46ers (mountains with elevations of 4600 feet or greater – some people collect them like hockey cards) the Cascade / Porter trail is considered one of the easier hikes and is rated moderate by most guide material.

My usual expert, a 46er herself (people who bag all 46 peaks), when asked, “What do I need to know about Porter and Cascade?” Responded with the nonchalant, “They are pretty straight forward. There is an intersection near the final ascent to Cascade. Turn right to Porter.”

She didn’t lie. There was an intersection and you did turn right to go to Porter…

By the time I got to that point though I was seriously contemplating a Cascade only climb and skipping out on Porter. The 2,000 foot, 4.6 km climb up was mostly a rock scramble, which I mostly dislike, and a little more of a challenge than I was prepared for both physically and mentally.

From the time I hit the trail without my usual support group, I found the challenge on my own quickly became an interesting mental exercise as opposed to doing it with others who challenge, support and guide the way to the top.

Now realize this climb is within minutes of Lake Placid, New York and one of the most popular 46er hikes so you are never truly alone on the mountain but leaving early on a Monday morning was probably the best chance for a relatively “people-free” hike. As it was I met two people coming down and one passed me going up and then I ended up sharing the peak with a couple of others before the black flies drove them away and I spent a few minutes alone on the peak taking photos.

The physical challenge for a 56-year-old who is not in as fit as he should be was enough but became one of simply keeping your feet moving and setting targets in your mind and then picking the next target rock. This I can do all day long.

The nagging doubts and poor self-talk that enters your mind when you don’t have either the distraction or words of encouragement from others became for me the real challenge. The questions and doubts flooded in. “What are you doing? Why? What exactly are you trying to prove?”

The questions just keep coming and when you are doing it on your own the answer seems obvious because the option of turning back is always there and no one would ever know. The temptation is there at every corner, every big rock and every steep grade.

“Why the hell are you doing this?”

The only answer I came up was in the form of a quote that I remember reading once.


It is not the mountain we conquer, but ourselves.

The reality is that’s all there is. You push yourself because if you don’t you’re just sitting still or worse sliding back – physically, mentally and psychologically. You test yourself to prepare yourself. You climb a mountain, two mountains in a day and suddenly all the other challenges in life seem slightly smaller.

Now Sir Edmund Percival Hillary was talking about real peaks, Everest, the Himalayas but the tiniest mound can be a personal Everest and the challenges just as intimidating. How we respond teaches us a great deal about ourselves.

Standing at the top of Cascade looking out over the valley to Placid, trying to find enough breeze to keep the black flies away (I failed) I’m enjoying coffee, an energy bar, the spectacular vista and the feeling of accomplishment but thinking to myself one mountain, today is enough.

My contemplation of the downhill trek is interrupted not by the black flies this time (for two seconds) but the appearance of another hiker. A quiet hello followed by some rather poor small talk on my part (not a strength) leads me to find out the young women in front of me is hoping to complete her fifth and sixth 46er of the weekend. A resident ER Doctor From the Toronto area, she has spent three days racing up and down summits with the end goal of completing all 46 peaks at some point.

The hike from the summit of Cascade to the intersection is quite short and “pretty straight forward” to coin a phrase. Standing at the intersection and feeling pretty good now the 1.4 mile out and back to Porter doesn’t seem nearly as outrageous as it did just 30 minutes before.

The trail drops immediately after the intersection in one of those cruel down before the up segments the Adirondacks love to throw at you and all I can think is, “damn I’ve got to climb back up that to go down to get home.”

The trail is muddier than the trail up to Cascade but negotiable and reasonably sloped as I head to the peak. The views are not really worthy of the trip other than the view of Cascade but the sense of accomplishment of getting a second peak is.

Now time for the down.

When I started doing this a year ago or so people constantly told me that the down bit was worse than the climb up. My first reaction – you’re nuts – down is gravity doing all the work I just have to stay upright. After my first trip down I understood what they were saying. Turns out the pounding on feet, ankles, knees and hips leaves you in a good state of agony.

This particular trip down gets off to a bad start when one of six million black flies plows into my right eye. With a quick finger poke, I dislodge the intruder but instantly regret it realizing that I either popped out my contact lens or at least moved it. I stand there for a few minutes trying to figure out if it’s really gone or just off centre but can’t find it.

Without my contacts or glasses, my non-blurry vision extends about six inches. Meaning that not only do I have to worry about the physical pounding I’ll basically have no depth perception all the way down.

What this means is that I’m basically feeling my way down with my feet and for the most part coming up about a half inch short on every step thereby increasing the pounding. My ankles, knees and quads specifically and quickly paying the price. It’s slow going but eventually, I work my way down the slope.

I sign out of the log book relieved that I made it down in one piece. Well two pieces about four hundred meters from trails end I managed to leave some shin skin on the side of a rock – a little donation to the mountain.

A short walk gets me back to the truck and the discovery that I had not lost the contact but it had just parked itself in the outside corner of my eye as they sometimes do.

It’s been that kind of day. Ups and downs. Scrapes and bruises. Black flies and beauty. Woe and wonder. 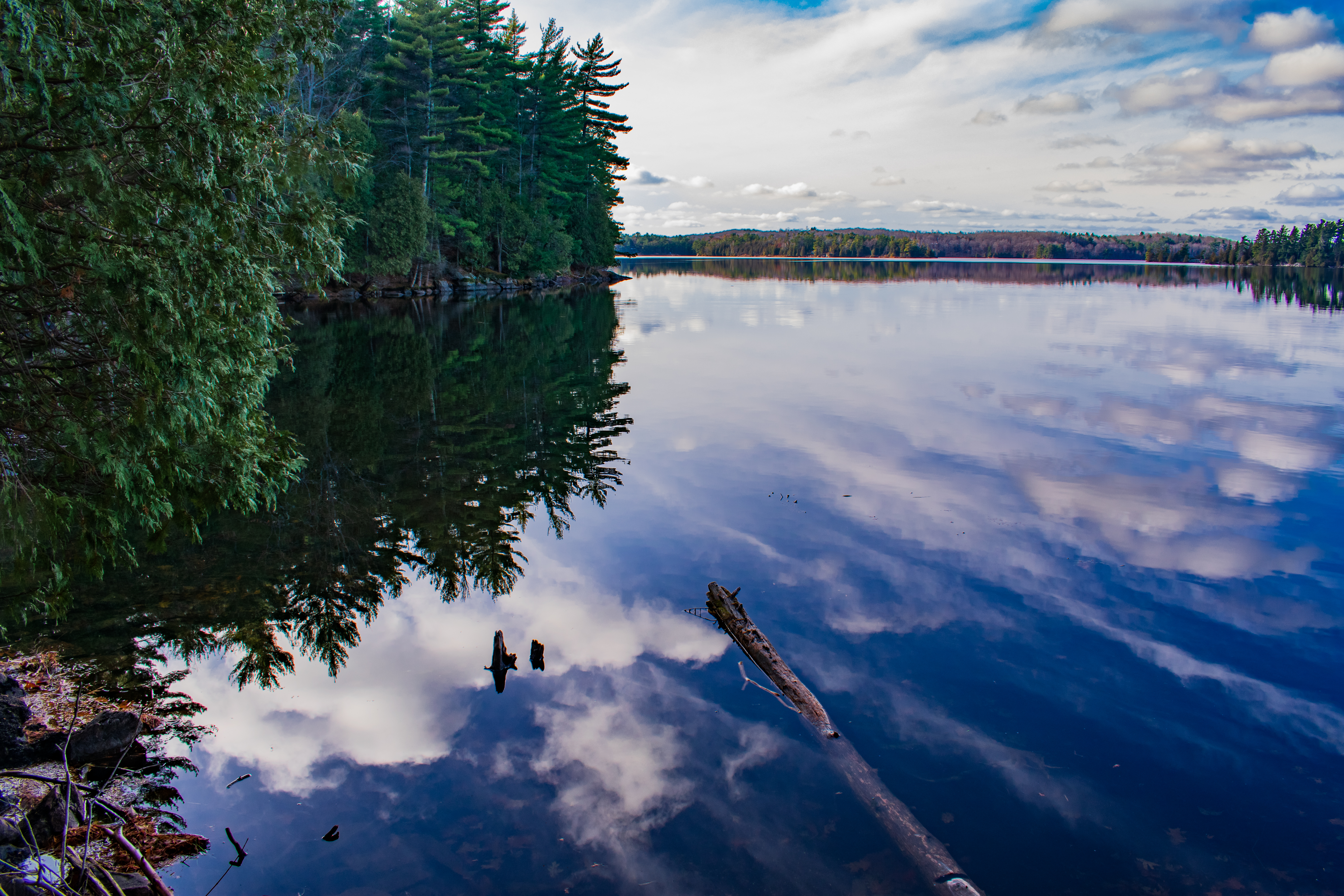 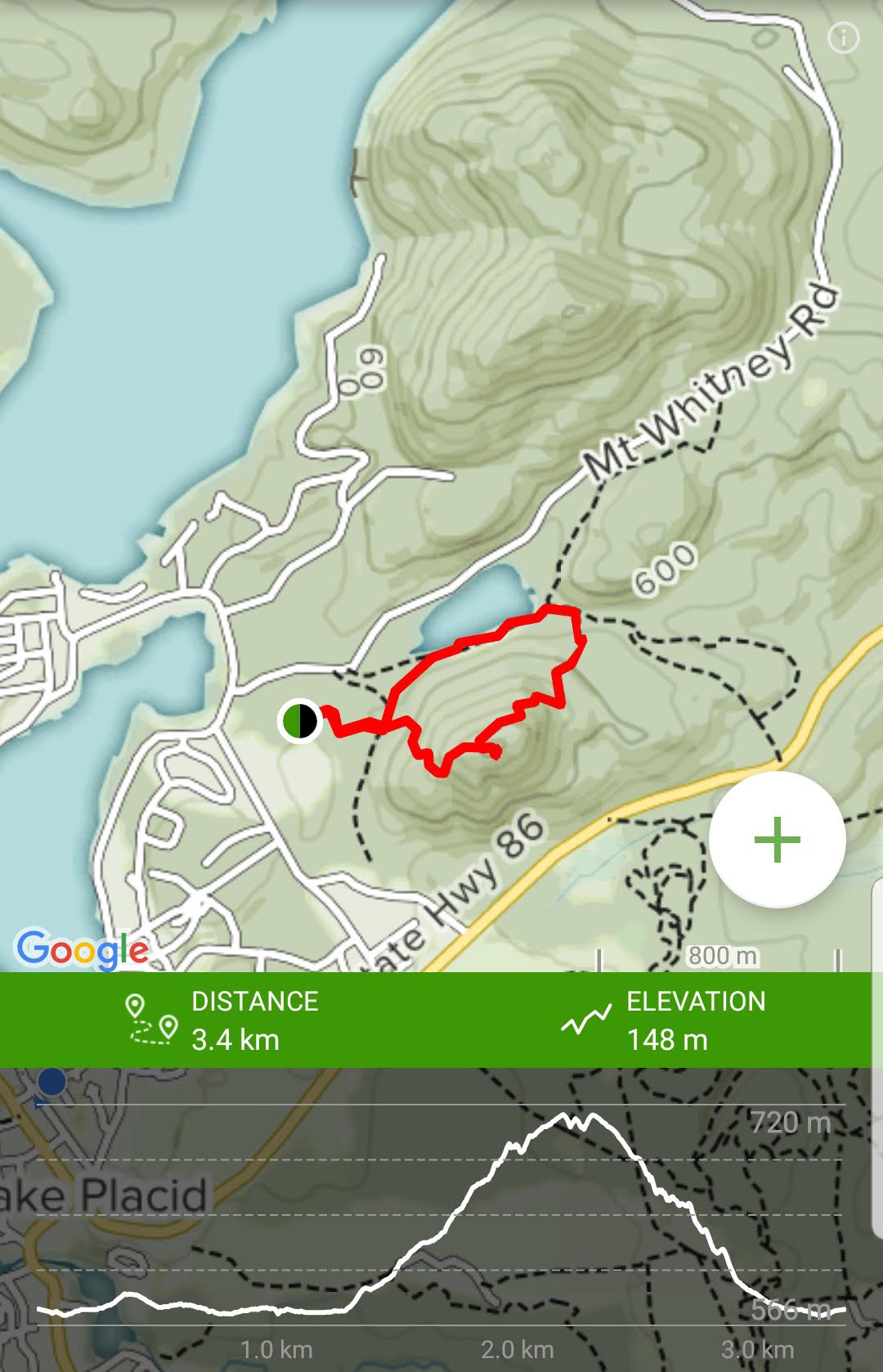